The Benefits of CBD and Cannabis 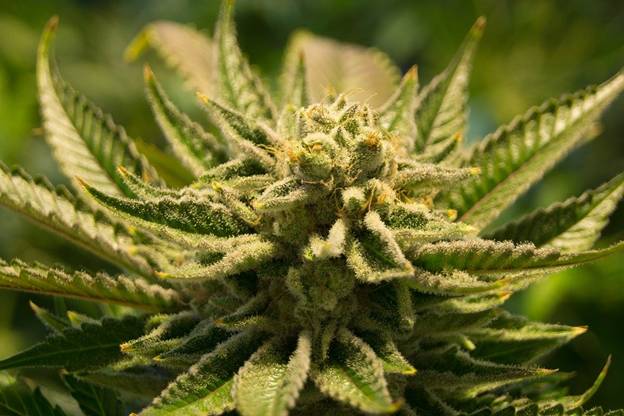 CBD has been the object of much debate lately and shows no signs of slowing down anytime soon. Despite the various voices against CBD, many will be surprised to know how much healthier and less disruptive it is than THC. Here’s what you need to know about the benefits of CBD.

What Exactly Is CBD?

Before diving into all of the spectacular benefits of CBD, let’s take a look at what CBD is. Essentially, CBD oil is crafted by taking the CBD oil from cannabis plants and mixing it with either hemp seed or coconut oil.

CBD Has a History of Medicinal Use

Unlike many so-called New Age medicines, the history of marijuana’s medicinal applications stretches back as far as 2900 B.C. Modern science has determined that CBD is the particular component of the plant that has the most potential as a pain reliever.

One of the most encouraging aspects of CBD is that it is not addictive and doesn’t carry the multitude of serious side-effects that are common among pharmaceuticals.

CBD affects the endocannabinoid system, or, ECS. This system governs vital areas like pain, appetite, sleep, and the immune system. The cannabinoids of CBD connect with the body’s natural endocannabinoids, interacting with the nervous system and significantly reducing pain levels.

Not only does CBD significantly reduce pain, but it also has the potential to treat many other serious conditions as well.

The pain reduction that CBD offers is potent enough to greatly reduce both pain and inflammation of the sciatic nerve.

Studies have shown promise for CBD’s potential to reduce pain in other afflictions such as arthritis and multiple sclerosis.

There is a wide variety of painful conditions that CBD has the potential to treat. Although it cannot outright cure most of these conditions, it can be used to manage the pain responsibly. One of the best things about CBD as a potential pain reliever is that it’s not addictive.

One of the groups who stands to benefit the most from CBD’s medicinal properties are cancer patients. CBD has been shown to lighten the discomfort of cancer symptoms as well as side-effects from chemotherapy treatment.

The side-effects of chemotherapy make life painful, challenging, and discouraging for cancer patients. There’s a reason why they say patients had a fight or battle with cancer rather than a bout with cancer. Enduring the ravages of chemotherapy is hard on the body.

Initial studies have indicated that CBD’s pain-relieving properties will be useful and well-received for cancer patients. In addition to helping manage pain, CBD can help alleviate the nausea that’s commonly associated with chemotherapy.

Both depression and anxiety are startlingly common and widespread conditions. These disorders are the 5th and 6th leading causes of disability globally.

Although there are conventional pharmaceuticals out there to treat anxiety and depression, those drugs can cause a wide range of debilitating side-effects. The side-effects of these drugs can be more debilitating than the original disorder of either depression or anxiety itself. Worse still, many of the drugs that are used to treat depression and anxiety are benzodiazepines, which are dangerously addictive. Many patients end up only being treated for the symptoms and wind up addicted to hard pharmaceuticals.

CBD is much healthier by comparison. It’s gentler on the system than anything Big Pharma has whipped up for these disorders, and it’s not addictive.

It has been found that taking a dose of 300 mg of CBD at least an hour-and-a-half before a public-speaking event can dramatically reduce one’s anxiety. Additionally, appropriate doses of CBD have been found to act as an effective anti-depressant.

The reason why CBD is so effective at treating these disorders is because of how the substance interacts with serotonin receptors in the brain.

One of the most truly amazing medicinal applications or CBD is to reduce seizures. As anyone familiar with the affliction knows, seizures are incredibly dangerous and terrifying. Many families have struggled with a loved one who has seizures and experienced only dead ends in terms of treatment.

One study involved 214 children afflicted with epilepsy. Not only did CBD help reduce the number of seizures that they were having, but it also proved to be safe even at high doses. In another study, children who were given a lower dose saw their seizures reduced by half. That’s too much of a reduction to ignore! CBD has some truly extraordinary medicinal properties deserving of further recognition.

CBD has shown great promise in treating seizures. The substance has been found to reduce the number of seizures in patients with epilepsy. More significantly, the same patients who experienced fewer seizures when treated with CBD did not improve when treated by drugs which serves to highlight CBDs medicinal potential.

Improves Patients with Parkinson’s and Other Neurodegenerative Disorders

Another area where CBD shows particular promise is in treating neurodegenerative disorders like Parkinson’s. In the studies that have been conducted, CBD had a significant impact on the reduction of spasms, brain damage, and beta-amyloid toxicity. These initial results are a great indication for CBD’s potential in treating serious neurodegenerative disorders like Parkinson’s and Alzheimer’s.

Both Parkinson’s and Alzheimer’s are two of the most frightening diseases today. The thought of losing your memory grade fade until it disappears entirely is a grim prospect for anyone. Similarly, losing control of your movement when afflicted with Parkinson’s is also particularly disconcerting.

The fact that CBD has shown even the slightest effect on these diseases, serves as a shining example of its potential to improve health and combat some of the most troubling diseases.

Additionally, CBD has proven to be effective in reducing the inflammation and cell-death of heart disease. They were reduced on account of the exceptionally potent antioxidant present in CBD. The same antioxidant is also highly regarded as an effective stress-reliever.

CBD is many things including controversial, but as any savvy marketing professional would know, controversy is good. As long as it has people talking about it, you can run with it and use the controversy to your advantage.

Touting the genuine health benefits of CBD ensures that brands marketing CBD products will stay on the right side of the controversy. Clever marketers looking to sway certain health-conscious or more conservative demographics will highlight the fact that CBD does not possess the psychoactive elements that are present in THC. Therefore, THC is associated with the aspect of marijuana that is comparatively less accepted.

As a business exploring the CBD market, capturing the customers who are in favor of marihuana more generally will be a cinch. Swaying customers who are in between or slightly opposed to it will be difficult but not impossible. Next, you’ll learn why having a powerful digital marketing agency like AlchemyLeads at your side will make navigating the CBD market much easier.

With so many benefits to offer, CBD represents a massive and fast-growing market. For the savvy and ambitious, CBD products can bring in wildly high revenues. Companies entering the industry now will have the advantage of riding a massive anticipated wave of growth. The value of the CBD market is projected to grow by 700% by 2020.

The benefits of working with a respected digital marketing agency like AlchemyLeads cannot be overstated. Finding the right marketing mix for CBD products is challenging for those without the insight and foreknowledge to master this new and rapidly changing market. With AlchemyLeads, your CBD brand will be given the perfect marketing mix to capture the hearts and minds of your target market.

AlchemyLeads understands the CBD market and knows what it takes to succeed as a startup. If you want to make your launch a success, get the guidance you need, from a trusted leader like AlchemyLeads.

Conquer the CBD Market with AlchemyLeads

Call AlchemyLeads today and start profiting from the lucrative and popular market for CBD products.